Will Brussels deliver and put forward a real action plan under the headline “Biobased Economy” that is consisting of „bio energy“ and „bio materials“? Initially such plan should be presented by end of June. Yes, right, this year.
From what we hear it is unlikely that a sensible concept will be presented as far as the energy sector is concerned.
Brussels doesn’t love “First generation” biofuels. What why not? It seems that the results of comparing first and second generation bio fuels aren’t in favor of second generation as clear as Brussels like to make us believe.
It rather looks like one of these super solutions that in the end turn into thin air.
Who will really believe that within a short time we all drive in electrical cars?
Who believes that the private sector is overwhelmingly optimistic when asked to invest e.g. EUR 250m into a plant turning cellulosic products into energy? After what one has experienced over the last 15 years with basically all innovative energy sectors… one would have to suffer from a mental disorder to still believe in what politicians tell us.
Fact is that there are first generation bioethanol plants in Europe that work very well. ILUC is no problem. The typically German discussion of “Teller oder Tank” (eat or drive) doesn’t apply and besides that: during the production of bio ethanol substantial volumes of feed stuffs are produced that reduce the volume that has to be imported and shipped from e.g. the Americas.
So what is the problem?
Without doubt and as long as there are no other clean energy sources available bio ethanol based on first generation raw materials is the only answer. After all the transport sector is largely responsible for the emission of greenhouse gases .
And this will be true even more considering the planned “de-carbonisation” of the energy sector and the economy. No or less oil, no or less coal… and of course in Germany no atomic power stations anymore… are we expected to start burning candles?
It would be interesting to learn from Brussels why subsidies have to run out for first generation bio ethanol? 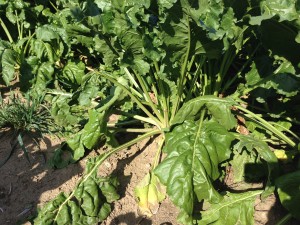